Ask any Thai if they know of Haad Wanakon National Park and you’ll most likely be met with a blank stare. Truth be told, it is probably one of the least known parks in the country, owing to the fact that it is classified as a marine park and was only declared a national park less than 20 years ago. It is located a few kilometers south of Prachuap Kirikan municipality near the village of Thap Sakae, along a long stretch of seashore known for its clean sand and abundant sea life. If not for the fact it is conveniently located along the main highway heading south, this park would probably rank among the least-visited national parks in the kingdom.

The park is known among locals as an attractive place to go swimming and snorkeling while the restaurant attracts visitors interested in savoring fresh seafood whilst enjoying 180 degree views of the deep blue Gulf of Thailand.

The park is composed mostly of beach forest, casuarinas and other vegetation. There is a tiny patch of mangroves located near the northern end of the sanctuary. The soil is mostly dry and sandy and temperatures get uncomfortably hot in the dry season.

The park has been in operation for about two decades and serves to protect the marine life as well as the remaining wildlife which occupies the beach forest area. While the park records boast mammals such as bantang and leopard, common sense and logic would quickly debunk these claims as far-fetched and grandiose. While the large mammals are undoubtedly extirpated by now, visitors will still be able to find Colugo, Slow Loris and other mammals including Flying Foxes and other fruit-eating bats.

Commonly encountered are massive King Cobras, with some specimens reaching well over four meters in length. These creatures are often killed while crossing the access road and their carcasses should serve as a sober warning to visitors thinking of marching down any secluded nature trails on their own.

With a list of less than 150 species, it’s easy to see why few birders visit the park. The protected boundaries are limited as not many birds can tolerate true beach forest habitat. Despite this, there is the argument that this park is rather underwatched and there is potential to add a few more species to the list.

The park is best known as a breeding site for Blue throated Bee Eaters. Unlike their counterparts which excavate tunnels in steep embankments, these birds nest like groundhogs, in burrows underground. The process of excavating a nest is a long and tiresome job and takes days to complete. During this time, many photographers and birders frequent the park as the birds tend to remain in their set areas and are therefore easier to see and photograph.

A favorite among visiting birders are the numerous owls which inhabit his park. Asian Barred Owlet, Spotted Owlet, Brown Hawk Owl, Collared Scops Owl and Oriental Scops Owl are all present in the park, with Asian Barred Owlet and Spotted Owlet being among the most common. These birds are often seen roosting in casuarinas in broad daylight, sometimes as low as a few feet off the ground.

In August of 2013, a Brahminy Starling was captured after it flew into a window of a DNP officer’s accommodations in the park.

Blue winged Pitta is the only pitta known to visit the park, and the bird is present from April through November.

Raptors, both resident and passerine, are a common feature of the park. Brahminy Kite, White bellied Sea Eagle and Shikra are the most commonly encountered residents, while Japanese Sparrowhawk, Chinese Sparrowhawk and Grey faced Buzzards are present in the winter and spring months. During the passage season, Black Baza and Crested Honey Buzzard are often seen and there is potential that other raptor species may be recorded here in the future as well.

In the seas around Koh Jaan and Koh Tsri islands are a number of tern species, mostly Whiskered and Little Tern. There are unconfirmed reports of Lesser Frigatebird as well, and this species would be a most welcome addition to the locality list.

Green Imperial Pigeon has also been seen coming in to feed and bathe in this spot.

A small freshwater pond to the south of the park is good for Lesser Whistling Duck, Cotton Pygmy Geese, Little Grebe, Little Cormorant and other waterbirds. The locally endangered Oriental Darter sometimes pays a visit to this site as well.

Birders who are interested in finding out the latest scoop on what has been happening at the park should contact Mr. Banchot (Jop), a local ranger stationed at Haad Wanakorn. He was the man responsible for setting up the bird blind (it is located right behind his house) and keeps tabs on where most of the owls and other birds tend to roost. While he doesn’t charge for the use of his blind, it would be prudent to offer him some form of remuneration for his efforts and hard work to protect the birds and keep the birders content and happy.

Wanakorn National Park offers a number of cottages and bungalows for rent, and like other parks in the south, they start at around 700 baht a night. Prices are reduced to 440  baht on weekdays from Monday through Thursday. Most of the rooms come with air conditioning and hot water, perfect for those looking for a room with modern amenities at a reasonable price.

Bring your own camping gear and camp on the beach for only 80 baht a day if you wish. Likewise, you can rent a park tent with bedding but this will cost almost four times more, and without a strong breeze to keep the tent cool at night, the experience may turn out to be rather uncomfortable and regrettable.

The park charges the usual entry fee of 100 baht per foreigner as well as an additional 30 baht to bring a vehicle into the premises.

Food and drinks can be purchased at the park restaurant. The restaurant is open daily from 9 AM till 7 PM.

The park was designated as a marine park and focuses on preserving the coral and sea life which thrive just offshore. There are two small islands (Koh Jaan and Koh Tsri) just 20 or so kilometers east of the park which are open for visitors. Boat trips depart daily to the islands and the tour can be arranged at the visitor center near the restaurant.

Snorkeling gear and life vests can also be rented at the visitor center.

The boat trips cost 800 baht per person, provided the boat has a minimum of 12 passengers on board. Private two-hour trips can be arranged at a flat rate of 5500 baht for those who want to enjoy some private time on the islands.

Those who aren’t into snorkeling may enjoy a bike ride down the blacktop roads and trails, and bicycles can be rented from the visitor center as well.

There are three nature trails north of the campsite which offer the option of trekking for those who want to experience what a beach forest is really like. The first trail is a short two kilometer walk while the second and third are 3.5 and 6 kilometers respectively. The longer trails should only be undertaken with the aid of a local ranger for protection.

To get a better idea of the surrounding area, please zoom out by pressing Ctrl on your keyboard and scrolling with your mouse.

Haad Wanakorn National Park is located less than 100 kilometers south of Prachuap Kirikan municipality, on the left side of Highway 4 heading towards the city of Chumphon. There are signs in English which point the way to the national park.

Pros: A well-constructed bird hide which has been in operation for a few years guarantees interesting birds can be found at all times of the day; attractive for photographers hoping to capture images of laughingthrushes, babblers and other forest birds; pleasant and inexpensive accommodations and restaurant within the park mean less time spent commuting to and from birding sites; long nature trail has potential to add new species; other non-birding related activities available for birders interested in bring family members or friends along.

Cons: national park located in a remote area with few other attractions nearby; not as easily accessible or close to Bangkok as other birding lodges with blinds such as Baan Song Nok or Baan Maka; limited species of birds in the park, many of which can also be found in more accessible sites such as Kaeng Krachan and Kuiburi National Park; cobras are fairly common in the park.

Everyone loves to see a new bee eater and the Blue throated Bee Eater is no exception. Having a blind which attracts birds is also a major plus for this park. However, the location of the park will pose problems to some potential birders as it is located along a quiet stretch of highway with no other attractions nearby other than the mangrove forests at Prachuap Kirikan municipality or Huay Yang National Park in nearby Thap Sakae.

The fact that there are other, more accessible sites located closer to Bangkok will also put a dent in any plan to visit this park. With established and very productive birding hides such as Baan Song Nok and Baan Maka located only three hours from Bangkok, it would be a hard sell to encourage birders to visit a site located five hours away and one which guarantees less than a third of the species that the hides in Petchaburi have to offer.

Overall, I think it comes down to how valued the Blue throated Bee Eater is to the birder. If photographers are after quality shots of this beautiful bird, this is the place to visit. Birders who do decide to spend time here should not need to spend more than two days and one night at this site, unless there are plans to engage in other activities such as snorkeling or cycling.

This page was last updated in February, 2018. 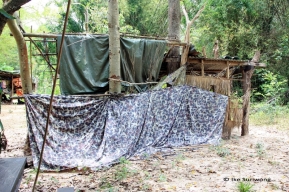 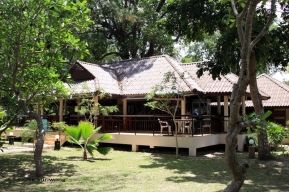 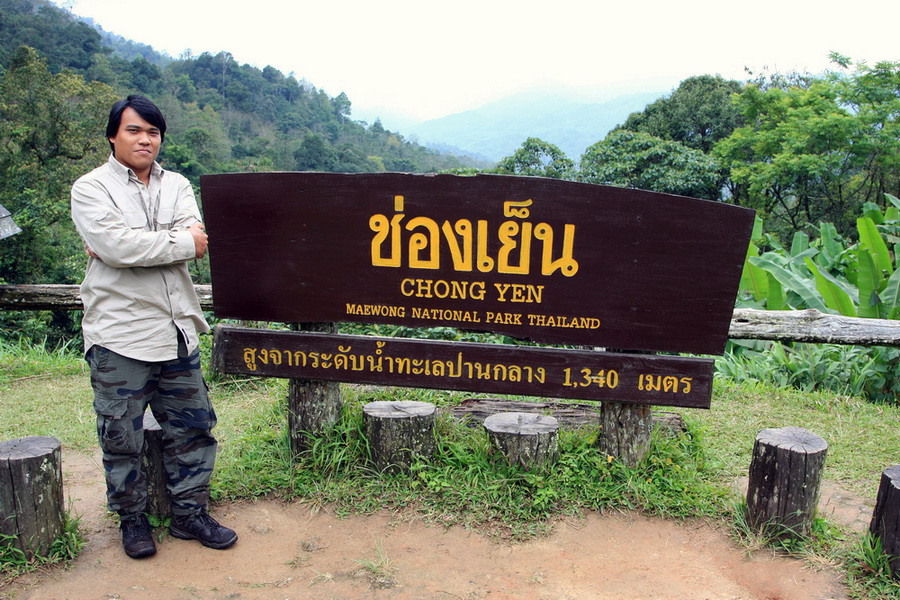 All photos and articles on this website are the sole property of  Phuketbirder and cannot be reproduced or republished without prior written consent.